Review of the year by Bugatti President Stephan Winkelmann 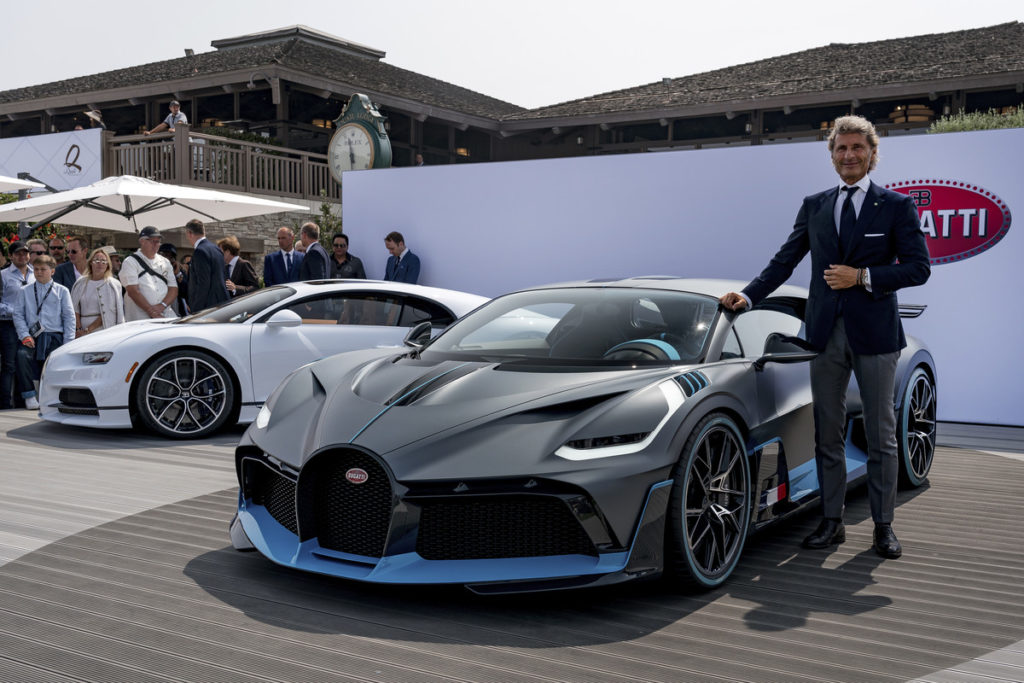 Stephan Winkelmann at the world premiere of the Bugatti Divo

Bugatti just entered a historic year. In 2019, the company from Molsheim in the French region of Alsace will be 110 years old. At the same time Bugatti President Stephan Winkelmann looks back at his first year at the head of the French hyper car manufacturer. This is the time to glimpse into the rear view mirrors, and then to look straight ahead.

Bugatti has been developing high-performance cars in Molsheim, Alsace, since 1909. It all started with the Type 10, which was later marketed as the Bugatti Type 13 after further development, with aesthetics bordering on a work of art. These are the characteristics that distinguish the carmaker from France and also apply to its current models, the Chiron1 and Divo2. These models represent the ultimate hyper sports car: they are the most powerful, most valuable and most luxurious automobiles in the world, handcrafted over a period of weeks with painstaking attention to detail.

“Automobiles from Bugatti combine the best of two worlds, as the Chiron and Divo impressively  demonstrate: a hypercar with 1,500 PS and 1,600 newton-metres combining performance and easy driving, but at the same time featuring a pronounced feeling of luxury and vrry high comfort. This is an unparalleled combination in the world of the automobile,” says the President of Bugatti Automobiles S.A.S., Stephan Winkelmann. “Top speed alone is not the top priority for Bugatti. Our cars can do more than accelerate incredibly powerfully and drive very very fast,” says Stephan Winkelmann.

Bugatti has produced the Chiron, which is largely handcrafted, since 2016. In 2018, a total of 76 Individual luxury hyper sports cars, each of them unique, left the factory. Currently, the production of the total series limited to 500 units is allocated until the end of 2021. “The Chiron is a perfect blend of three pillars in the Bugatti tradition. The super sports car combines a street-legal racing car in the tradition of the famous T 35 with the comfort and luxury of a Type 41 Royale and the iconic design of the Type 57 SC Atlantic,” says Stephan Winkelmann. Today’s design credo is: form follows performance. This can be seen in the famous Bugatti line, a sculpted letter “C” running from the B-pillar to the back. But that is not enough. 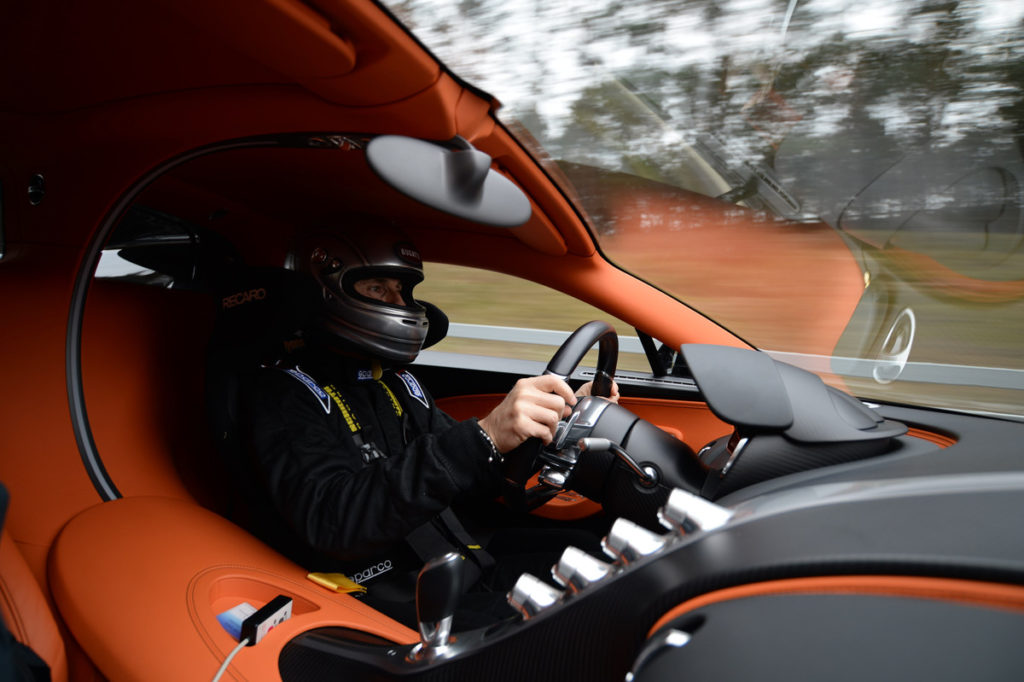 Stephan Winkelmann, during a 400+ km/h test of the Bugatti Chiron

In 2018, the French luxury brand heightened the focus of its portfolio with the Chiron Sport and the Divo. This super sports car with its own character is also powered by Bugatti’s 1,500 PS eight-litre W16 engine. Compared with the Chiron, the developers tuned the Divo for greater agility, nimbleness and optimum handling performance on winding roads without sacrificing the usual levels of comfort and luxury. Fine-tuning was carried out especially on the aerodynamic properties, the chassis settings and weight of the car. As a result, the Divo generates 90 kilograms more downforce and weighs 35 kilograms less than the Chiron. The lateral acceleration of the Divo has been boosted to 1.6 g.

With the Divo, Bugatti is building on its long coachbuilding tradition which involves the combination of bodies designed in-house with an existing chassis. This idea has attracted considerable interest. The small series of 40 cars was already sold out just after it had been presented – at a net unit price of €5 million. From 2019 onwards, the Bugatti Divo will be produced together with the Chiron at the company’s factory in Molsheim, Alsace. The first vehicles are due to be delivered to customers in 2020. “The Chiron and the Divo are highly individual masterpieces of automobile craftsmanship that are simply unparalleled,” Stephan Winkelmann comments.

For 2019, Stephan Winkelmann promises further highlights in the model series. “We are always striving for perfection and artistic technology. This is our driving force and we owe it to our historic brand and its founding genius Ettore Bugatti,” says President Stephan Winkelmann.

Ettore Bugatti, born in Milan in 1881, developed his first vehicle, a motorized tricycle, when he was only a minor. He raced this vehicle and then worked as a designer and inventor for a number of different coachbuilders. In 1909, he presented the first car he had designed himself, the light, sporty Type 10 – a major departure from the heavy, sluggish vehicles that where produced at the time. A short time afterwards, Ettore Bugatti founded his own company, “Automobiles Ettore Bugatti”. Apart from famous racing cars such as the Type 35, he also created icons such as the Type 41 Royale. His son Jean Bugatti, who was also extremely gifted, designed the Bugatti Type 57 SC Atlantic – now one of the world’s most valuable cars.

This is a precious heritage. In order to do justice to it, the top priorities in the development and production of the Chiron, Divo and new variants are high-tech, power, performance and absolute luxury – with high aesthetic and artistic standards. “Bugatti Automobiles S.A.S. is a French luxury brand that has its roots not only in car making but also in art,” says Stephan Winkelmann. Ettore Bugatti’s father was a renowned artist and his brother created highly respected sculptures. In line with the standards set by Bugatti’s founding genius, every detail must be aesthetically designed. Bugatti is now a brand that combines an artistic approach with superior technical innovations from the world of sport. “Our customers can experience this approach in the complex workmanship, the sheer power and comfort of our cars,” Stephan Winkelmann says.

In 2019, Bugatti is celebrating its 110th anniversary, which makes the company the oldest super sports car brand still in existence. For the anniversary, Stephan Winkelmann and his team have prepared a few surprises, including a grand tour of places where Ettore Bugatti was active and the presentation of further models. Although speculation is rife and the time appears to be appropriate, “there will be no SUV from Bugatti”, says Stephan Winkelmann. He adds that an SUV would not do justice to the brand or its history.