Maserati stole the spotlight at the Canadian International Auto Show (CIAS) where the attention-grabbing Alfieri concept made its Canadian debut, and was joined by the MY2015 GranTurismo MC Centennial Edition coupe, and Quattroporte and Ghibli S Q4 sedans – all prominently displayed at the Auto Exotica exhibit. 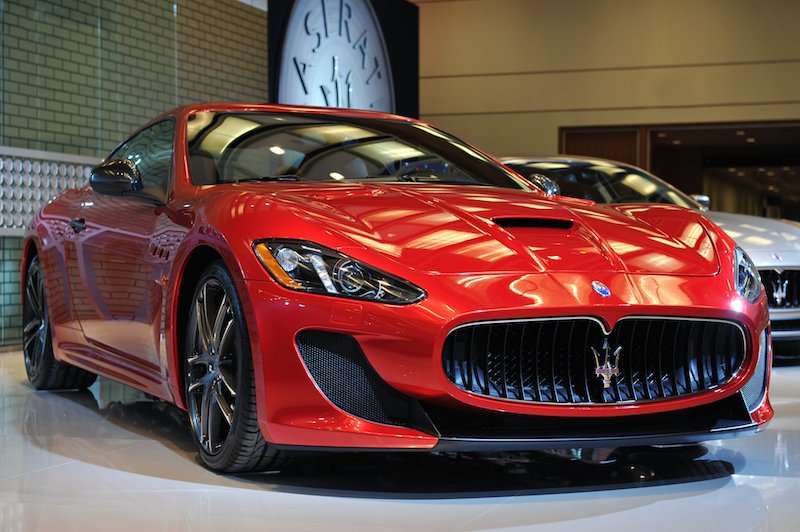 As a crowning achievement, today at CIAS it was announced that the 7th Annual Canadian Residual Value Awards from ALG—which project future vehicle values and depreciation data—ranked the Maserati Quattroporte first in the highly competitive Premium Executive Car segment, besting marks from Europe and around the world. This year’s award is based on 2015 model year vehicles that are predicted to retain the highest percentage of their original price after a three-year period. As the winner of the Premium Executive Car segment, the Maserati Quattroporte has been chosen after a careful evaluation of vehicle criteria, including segment competition, historical vehicle performance and industry trends. Vehicle quality, production levels relative to demand, and pricing and marketing strategies represent key factors that impact ALG’s residual value forecasts. 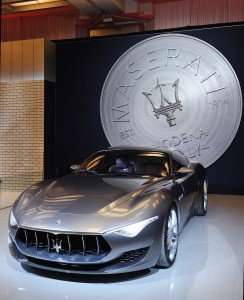 CIAS set the stage for the Canadian debut of the Alfieri Concept, created as a tribute to the company’s 100th Anniversary and its founder, Alfieri Maserati. Praise and accolades from audiences around the world has lead Maserati to confirm the Alfieri’s production for 2016. With this model, Maserati is taking an evolutionary leap forward. The awe-inspiring concept is at once a tribute to the deep heritage of Maserati’s masterful design, while also hinting at the cutting edge design trends of the Trident’s future. Veiled in liquid metallic “Steel Flair” paint, the Alfieri is the perfect balance of both classic and modern cues with rich, warm surfaces and depths of volume perfected by hand.

Maserati North America posted the highest sales in its history in 2014, a year which also signified Maserati’s 100th Anniversary. Imbued with unmistakable Italian style and exceptional performance, the 2015 product range on display at CIAS includes updates such as navigation and Bluetooth, which are now standard, and added content such as Wi-Fi in-vehicle hotspot, which is now standard on the Quattroporte range.